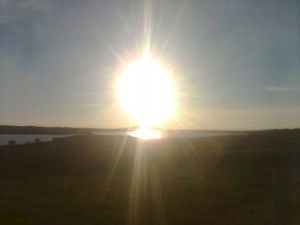 “Everything can be taken from a man but one thing: the last of the human freedoms—to choose one’s attitude in any given set of circumstances, to choose one’s own way.”
― Viktor E. Frankl, Man’s Search for Meaning

Like so many millions of people around the world I have been reflecting on Nelson Mandela and his role in my life. I first heard of Nelson Mandela when I moved to Cork over 30 years ago as a young teacher. I became a member of the One World society in UCC and there I received the beginnings of my political -with a small p- education.I was introduced to the Anti-Apartheid Movement and began to hear of people like Steve Biko and Nelson Mandela, I learned of the atrocities of the apartheid regime hand in hand with a true awaking to the massive inequalities of this world we all live in.

I learned to go shopping with 2 lists in my hands – one the items I wanted to buy and two the names of companies to boycott- it led many times to having an almost empty basket at the check out. I remember the Dunne’s Stores boycott and being on the picket line at times when I visited Dublin, as well as not shopping there for years after.

This politicisation had an effect on my teaching. I was a Home Economics teacher and it began to dawn on me , -far from being the second class subject it was so often seen as,- this subject had the potential to be truly political. I saw food as the most political of all issues in the world- who has or has not access to good, healthy reasonably priced food. With that in mind I took a year off to do Development Studies in Kimmage Manor, Dublin with the intention of returning and adding the politics of food to my teaching schedule. I never got back as my life took off in a totally different direction and I began to work in a project in Dublin’s north inner city.

I was introduced to the idea that The Personal is Political. This was my opportunity to bring the many strands of my life together as I had already trained in Social and Health Education whilst in Cork. ( Cork has a lot to answer for in my personal and political development). I began to work with great people who encouraged me to design and facilitate personal development and development education courses. It was a challenging and exhilarating time in my working life as the participants on the course all knew at first hand the inequalities inherent in Irish life and were well able to make the connections with peoples of so called underdeveloped countries.

I can remember well the day Mandela was released and the joy, delight and hope that was all around. I was part of the thousands who lined Dame St to hear him talk on his first trip to Ireland. I read his book The Long Walk to Freedom.

As I reflect on this man and what he was asking of his own country and the world: to treat everyone equally, to forgive, to challenge the status quo,to have courage and speak out……… I think in our own individual lives these are the things we must ask of ourselves personally if we are ever to have just society. He had 27 years to learn to be with himself, to get to know himself well and to see what he needed to change within himself to become in the words of Mahatma Gandhi “…….. be the change you wish to see in the world” .

He had the time to build strength and resilience in order not to allow the regime he was under to turn him into a bitter vengeful man. He learned to thrive within his limitations and most importantly to make peace with himself. I truly believe until we make peace with ourselves and our circumstance we can never have real peace around us. A peace full of justice, equality, challenge, vitality and humour.

All of this led me to take my own personal journey to find strength, courage, resilience and compassion within myself and for myself. To travel through many years of internal darkness where hope seemed to have abandoned me, where I often felt that the lights had gone out and I was groping in the dark for some way through. As time went on candles began to light my way until I was ready to embrace ” our deepest fear is not that we are inadequate. Our deepest fear is that we are powerful beyond measure. It is out light not our darkness that most frightens us…..” by Marianne Williamson

The decision to teach the 5 rhythms was taken from a place of intuitively knowing that movement was the at core of our being. For me movement is political -just like food had been that way for me years previously. I believe that giving people the space to reflect, to get to know our habitual patterns, to awaken from the trance of unworthiness that so many of us carry around inside is the first step on the path to freedom. The freedom to value our own selves and hence the freedom to value all the people, all the animals and plants, and this planet we live on. I believe when we are reconciled with ourselves and with the internalised oppressed and oppressors we all carry around inside, we can tackle wth courage the external oppression in a mindful and courageously compassionate way.

These last few days as I have listened to and read much media coverage of this great man, I believe he showed us ways to find the best in ourselves. Not the perfect self as I am old enough to appreciate that Mandela was not perfect but he was a true leader in the way he showed us how we can change, we can grow, we can learn to forgive, to have humour and we can learn to move…..

Have new posts delivered direct to your inbox.